Producing or even smoking meth leaves behind chemical residue that saturates walls, ceilings, floors and carpets with meth as well as mercury, lead, iodine, lithium and poisonous solvents. For each pound of drug, meth “cookers” dump, flush or leave behind large amounts of contaminated waste.
Exposure to even small amounts of these chemicals and by-products can damage the nervous system, liver and blood production mechanisms. Small children suffer most. Exposure can trigger birth defects and developmental problems in babies in the womb.
Damning new research has uncovered the alarming upward trend of meth use in Australian properties. A cause for concern, meth residue can create severe health and financial issues to owners and occupants. While the production of the insidious drug is troublesome, habitual smoking of meth in properties can result in the same levels of contamination.

Screening Purchases for Meth Residue
While note every property in Australia will be contaminated by meth residue, there are many clues which may indicate potential contamination. This includes squalid living conditions, graffiti, strange visitors coming and going at night. And unfortunately, these warning signs generally will not be available to a buyer. However, you can screen for the most obvious red flags: 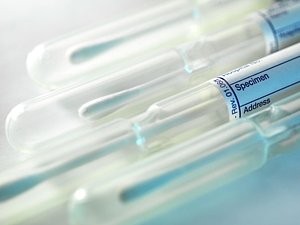 Mortgage re-possessions: Plenty of meth contaminated properties get used, trashed and abandoned. They end up in foreclosure and then are recycled onto the market. It is wise to scrutinise foreclosure purchases carefully.
Houses: A disproportionate number of meth residue contamination cases show up in single-family homes compared with apartments and units.
Police trouble: A house that has a history of arrests or police visits is more likely to have a meth history.

Here are tips to learning a home’s history:
Chat with neighbours. Knock on doors in the neighbourhood. Introduce yourself, say that you’re considering buying the house down the block and that you’re researching its history. Find long-term residents whose memory stretches back awhile. Ask if police have been called to the house or if arrests or busts were made there.
Call the police. Phone or visit the police department’s community-service office and ask them to check the address of the home you’re considering for arrests, drug busts and other problems.
Call the health department. Find out if the address you’re considering is listed in connection with any health department reports.

Professional Meth Residue Testing
The only way to guarantee the home you’re buying isn’t contaminated is testing by an accredited sampling technician specialising in drug-residue detection. Samples are sent to a lab for analysis. A cursory evaluation can cost around $300 while exhaustive meth residue testing starts at $2,000 or more.