While relatively few Australians admit to using meth in comparison to other drugs, the effects of meth use has far-reaching impact on not only the user themselves, but family, friends, co-workers and the wider community.
Although the overall rates of meth use has remained stable or decreased in some community sub-sectors, those using the illicit drug are not only using more regularly, it is also becoming regular preferred drug of choice.

How Many Australians Use Meth?

Meth Use in Remote and Regional Locations 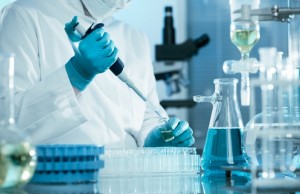 In order to deem a property used as a Meth Lab as safe, the level of methamphetamine found must be less than the accepted Australia Standard of 0.5µg/100cm2 of meth

Data indicate rates of methamphetamine use are higher among rural and remote areas of Australia compared to regional areas and major cities. The 2016 National Drug Strategy Household Survey found rates of meth use were twice as high among people living in remote or very remote areas compared to rates among those living in major cities or regional areas. Young people aged 18–24 years old living in rural areas were also more likely to report recent ice use than their city or regional counterparts.

Is Ice Use Increasing in Australia?

In order to deem a property used as a Meth Lab as safe, the level of methamphetamine found must be less than the accepted Australia Standard of 0.5µg/100cm2 of meth.
Two separate meth residue testing services available from Meth Lab Cleaners Australia. Home meth testing kits are available for purchase that allow a surface sample to be taken given an immediate positive or negative reading for meth residue. Alternatively we offer an on-site meth inspection service where multiple rooms and surfaces are swabbed before being sent to a forensic laboratory for accurate readings of meth contamination levels.
Meth Lab Cleaners Australia provide property owners both a pre and post meth lab forensic testing results. Pre forensic testing can significantly reduce costs associated in the remediation process by singling out contaminated areas only and the automatic discarding of any furnishings or materials too contaminated to be cleaned.