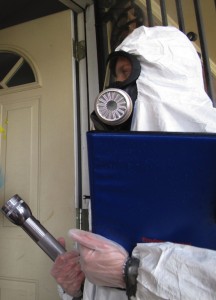 As the number of meth labs found across Australia, particularly Queensland, rises, so too does the need to experienced, trained and professional Meth Lab Decontamination experts. Meth Lab Cleaners Australia offer a holistic and stringent service to assist in the clean up and meth decontamination of any property affected by a meth lab.
There is more evidence of a worsening ice scourge, with a Newcastle biohazard cleaning service saying it now gets daily clean-up and testing requests relating to meth lab activity.
Health and government officials have been concerned about a so-called ice scourge for several years. It has kept biohazard forensic cleaners such as Meth Lab Cleaners Australia Meth Lab Remediation technicians busy. Director Josh Marsden told the ABC he got hundreds of calls a year to either test for meth lab activity or to clean up after they have been dismantled.
Mr Marsden said most people thought of drug labs operating in undesirable or out-of-the-way places, but nothing could be further from the truth.
He said the labs could appear in residential or commercial buildings in cities or in more isolated areas.
“We find them in million-dollar properties, we find them in sheds, we find them in the back of cars, we find them in caravans and campervans,” he said.
Read the full article by Giselle Wakatama


Meth Testing Kits for Sale for your Peace of Mind 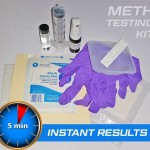 Buy at home Meth Testing Kits for your peace of mind

Over 60% of Clandestine Methamphetamine Drug Labs are found in rental properties: houses, units, farms, sheds and even in the back of car boots.
Meth Lab Cleaners Australia offer an inexpensive, on the spot test for meth residue. With one meth testing kit you can test multiple locations using the swabs provided.
DIY Home Meth Testing Kits are available to purchase for $149.00
By methlabs|2020-09-01T11:10:36+10:00December 1, 2016|meth in the news, meth lab decontamination, meth testing kits|0 Comments