Why Meth Testing Should Be Compulsory for Rental Homes 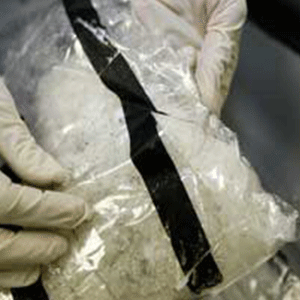 Ice, also called shabu, crystal, or crystal meth, is a very pure, smokeable form of methamphetamine that is more addictive than other forms of the substance

More commonly known by the street names speed, ice or crystal meth, methamphetamine belong to a group of stimulant drugs called amphetamines.
Australia has one of the highest rates of illicit methamphetamine use in the world and the highest use among English-speaking countries. Around 2.5% of Australians over 14 years or approximately 500,000 people, have used methamphetamine in the last year. This rate is three to five times higher than the USA, Canada and the UK.
According to experts in the field, it is entirely possible to leave enough methamphetamine residues from one smoking session to contaminate the walls in a small room above the recommended level. If someone cooks meth in your home you may, chances are you will have some form of pollution from a variety of chemicals. If someone smokes meth in your home, or car, you have meth contamination at levels that may affect your health. It may also affect the value of your home and/or your ability to sell it.
Just like any pre-purchase pest and building inspection, pool fence inspection or smoke alarm check, it is highly recommended that you perform your own Meth Test prior to signing a contract on any properties in Australia. Meth Lab statistics are on the rise and rental properties represents the most common place to find a meth lab according to the latest statistics. It is estimated between 60-65% of all meth labs found in Australia are in rental properties.
The consequences of ending up with a house contaminated with meth are quite severe due to the prevalence of this illicit drug in communities across Australia. 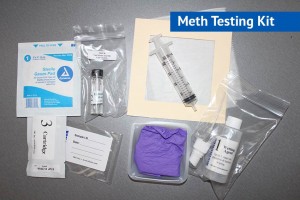 Homeowners and landlords are being forced to part with tens of thousands of dollars monthly forced to clean up meth-contaminated properties because of the criminal behaviour of tenants. The monetary issues isn’t the only problem that factors into the argument for having compulsory meth lab testing before leasing or selling a property. In Victoria, a six year-old-boy has been found with the same levels of methamphetamine in his system as a regular methamphetamine user caused from living in a home which what once used as a clandestine drug lab. Prior to purchasing the property, the family had completed pre-purchase checks on the property, however the selling agents failed to disclose the property was formally used as a drug lab with raids conducted by police.
Meth Lab Cleaners Australia stock at home Meth Lab testing kits that can be used in any home, vehicle, motel, hotel, shed or anywhere a suspected drug lab has been operating. A Home meth lab test kit will return a positive or negative meth detection result within minutes. Each Meth Testing Kit comes with instructions and is extremely easy to use. If buying a property, Meth Labs Cleaners Australia strongly recommend conducting a meth test prior to making an offer or going to contract. Meth Testing Kits should be used as a pre-purchase tool when buying a new home or investment property, between tenancies to ensure there is no methamphetamine contamination that might harm your next tenant or their family.
By methlabs|2020-09-01T11:10:37+10:00August 16, 2016|dangers of meth labs, meth in the news, meth lab decontamination, meth testing kits, methamphetamine|0 Comments